​Musical Characteristics we can find in some Southeast Asian Cultures 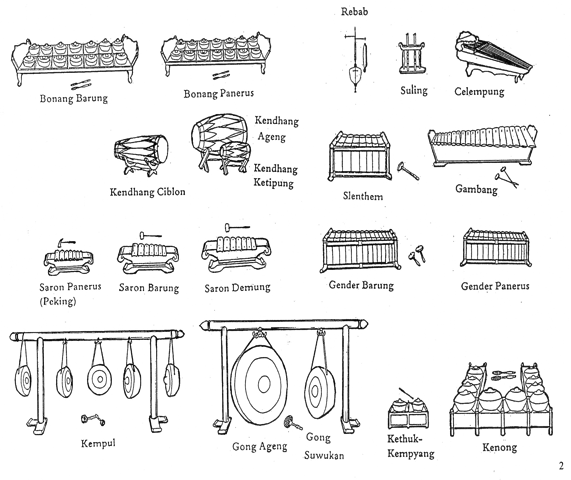 tempo level changes in Thai music
​stratified heterophonie
polyphonic with a leading line; important is here that you know the dependence of patters from one leading line, e.g. elaboration is dependent on the main melody (balungan) 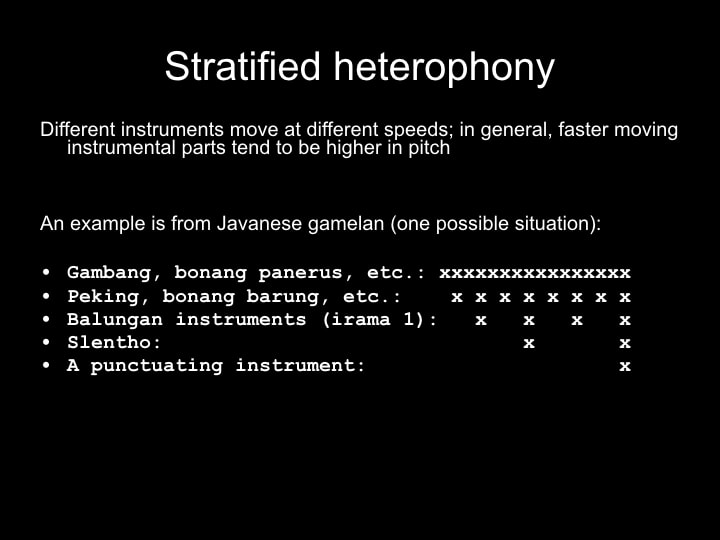 ​binary relationships
following a hierarchy of instruments, the most important often lowest plays the least (gong), all others play multiples of 2, in gamelan no irregular rhythms 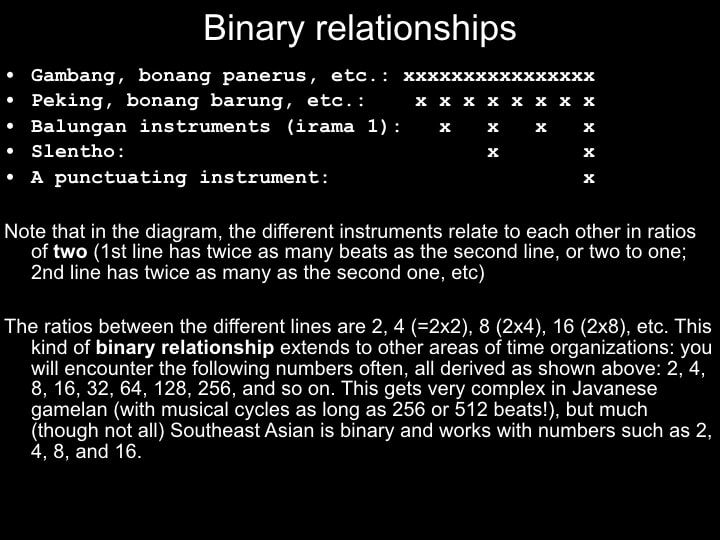 hierarchy of instruments
usually from lowest to highest, largest to smallest, sometimes with religious or spiritual value

guided improvisation
not totally free; players learn a selection of pattern possible and can choose according to rules of appropriateness which one to play or to vary from cycle to cycle


drone ? obligato ?
sustained gong tone as drone? Debussy uses it as organ point. In gamelan no, more part of the hierarchy topic.
Obligato ... in drum, must be shown at a significant example, e.g. lancaran or bubaran

end of song / cycle indication
because no conductor; drummer indicates 1) coming to end of a phrase / keening or gong cycle 2) coming to the end of the song = suwuk